How Common Are Wrongful Convictions? 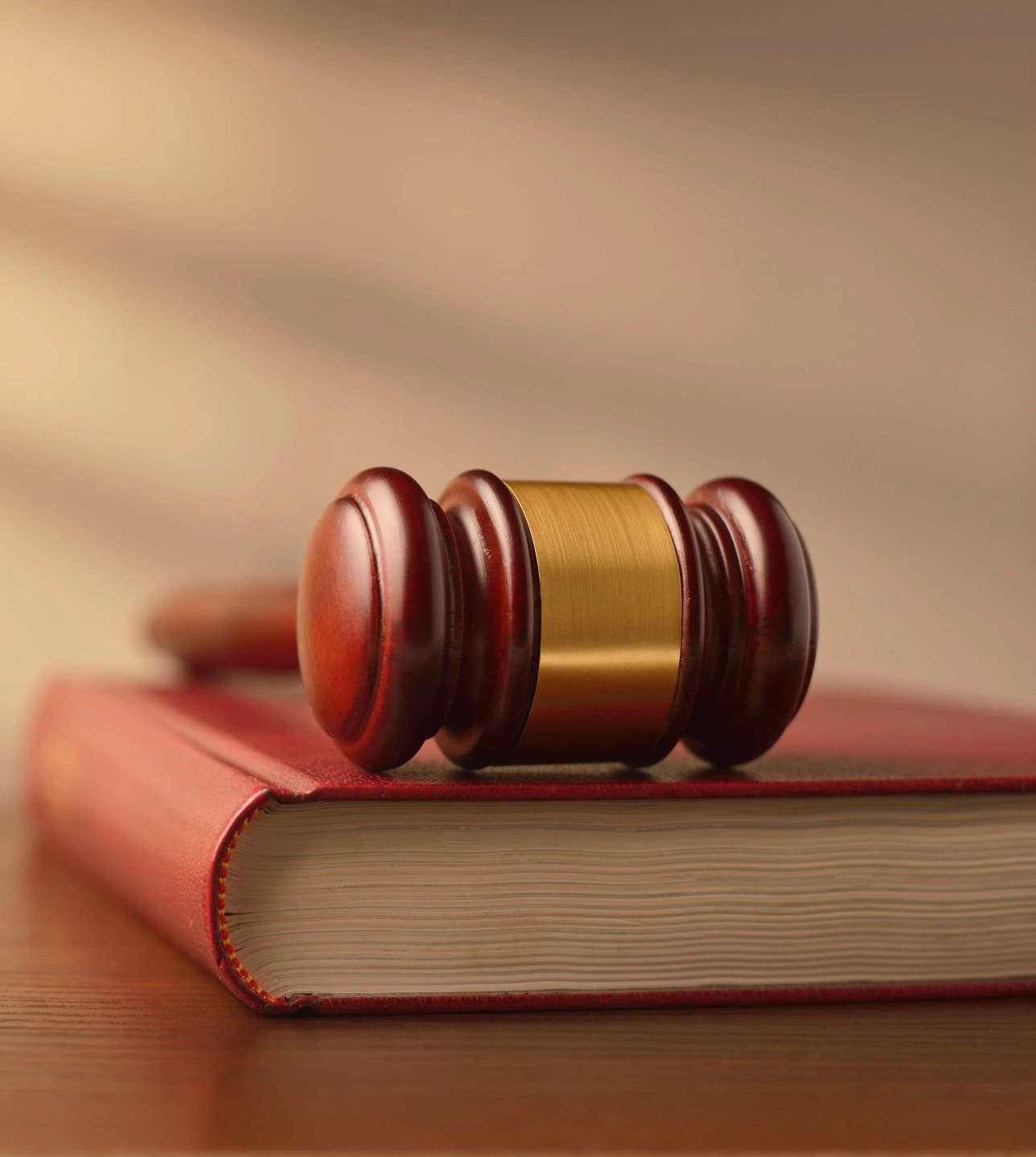 We have a blinded tendency to believe in the ability of the court to guarantee a fair trial with a verdict fit for the crime committed. But how accurate is the court’s ability to guarantee such a fair outcome? How often are innocent individuals locked up for heinous crimes they did not commit? The reason for a false conviction can fall into one of four categories: false confession, official misconduct, guilty pleas, and no-crime cases.

False Confession. This may be the most confusing because why would an innocent person confess to a crime they did not commit? According to the Innocence Project, for over the past two decades, more than 300 people in the U.S. have been exonerated of crimes that occurred in the pre-DNA era—which includes serious federal crimes, such as first-degree murder and child molestation. In an analysis of hundreds of cases since 1989, false confessions were found to be a leading cause of wrongful convictions. Overall, about 31 percent of wrongful conviction cases included a false confession. For homicides, the number skyrockets to 63 percent. So back to my original question: why are innocent individuals confessing to crimes they did not commit? This can be attributed to two main factors: police interrogation methods and mental state of individual in custody—or both. Police interrogation tactics can be physically or mentally tortuous, exhausting, or seemingly never-ending—which can last up to an entire day. The accused is present with the ultimatum: confess and you will be released or be condemned to more interrogation. When the defendant is either mentally impaired or under the influence, the intense interrogation can confuse the defendant, or suggest to the defendant that he or she “did it” using “what if” scenarios.

Let’s look at the case of Christopher Abernathy. On November 30, 1985, he was brought in custody for the murder and rape of 15 year old Kristina Hickey after an acquiantance told authorities that Abernathy had confessed to committing the crime. After 40 hours of interrogation, he signed a confession saying he saw her walking home and wanted to have sex with her. When she refused, he attempted to rape her and then accidentally stabbed her. Almost immediately, Abernathy recanted the confession and said he signed the statement because police told him he could go home to his mother if he did. Abernathy was classified as learning disabled and should not have been allowed to face interrogation alone because of his mental state. Due to the development of DNA testing, Northwestern University students and attorney Lauren Kaeseberg, were able to get all charges against Abernathy dropped—but after almost 30 years locked behind bars. Stories like Abernathy’s aren’t uncommon; however, because of DNA testing exonerations for false confession crimes have become more commonplace.

Official Misconduct. Corrupt—and imcompetent—cops are not a thing of fiction, but are living monsters in real life, who can alter an innocent person’s life for the worst. According to the The National Registry of Exonerations, there has been official misconduct in 84 exonerations in 2017, with the highest being for homocide cases at 84%. The number of exonerations involving wrongdoing by police, prosecutors and other government workers actually set a record last year. So what actually defines “official misconduct”? Official misconduct encompasses a wide range of behavior—from police officers threatening witnesses, to forensic analysts falsifying test results, to child welfare workers pressuring children to claim
sexual abuse where none occurred. But the most form of common is the concealing of evidence. The National Registry of Exonerations report said the most common type of misconduct documented in 2017 was police or prosecutors’ failure to reveal exculpatory evidence to the defense.

In 1990, Debra Milke was sentenced to death for the murder of her four-year old son, ostensibly in order to collect on a $5,000 insurance policy. The only substantial evidence against her was testimony by Detective Armando Saldate, Jr., who was sent to interrogate her with an explicit order to record the interrogation—which he did not do. Saldate told the jury that Milke flashed her breasts at him, offered sex, and then later confessed to the murder. Milke denied it all. Milke was exonerated in 2015 because her attorneys eventually discovered that the state had concealed Saldate’s extraordinary history. It turned out that Saldate was responsible for four earlier cases in which judges tossed out confessions or indictments because he committed perjury, and four other cases in which judges suppressed confessions or vacated convictions because Saldate violated the constitution in conducting interrogations. Because of one police officer’s compulsive lying and manipulation, Milke was locked behind bars for two and a half decades for a crime she did not commit—let alone stuck mourning the death of her young son.

Guilty Pleas. For some individuals, it is easier to take the guilty plea than face the long process of a trial—even if it means “confessing” to a crime he/she did not commit. The National Registry of Exonerations said the number of false guilty pleas has been increasing for seven years, and has risen sharply in the past two years—contributing to 30% of the exonerations in the National Registry of Exonerations. It is important to note that 97% of federal cases end in plea bargains, an agreement in a criminal case in which the defendant pleads guilty to a specific charge in return for some concessions from the prosecutor. In exchange, they often have their alleged crime demoted to a lesser offense, which means less potential time in prison and—more importantly—bypassing the possibility of facing the death penalty if tried in court. Since it is easier to prove someone’s guilt than innocence, the odds are heavily stacked with more to lose by going to trial—the chances worsen if the accused is a person of color. Not to mention, the jury’s internal bias’ typically skew towards guilty because they assume that one must have some type of guilt to be accused.

No-crime Case. This one seems sounds like an oxymoron but this happens more often than not—being convicted of a crime that did not even take place. In 2017, the largest group of no-crime exonerations were drug possession cases. Women were more susceptable to no-crime convictions—including two isolated events of child-crime related hysteria. According to the National Registry of Exoneration, 63% of female exonerees were convicted of crimes that never occurred three times the rate for men. Seventy-five percent of female no-crime exonerations involved violent crimes; and in three-quarters of those cases the supposed victims were children. Nearly 90% of women exonerated of crimes against children were convicted of violent crimes that never happened.

From the mid-1980s to the mid-1990s a Salem witch trial-esque hysteria took place with prosecutors and child welfare workers around the country becoming convinced that people caring for children—often day care workers and school employees—were sexually abusing those children on a massive scale. More than a hundred defendants were convicted as a result, often based on accusations including bizarre, unsubstantiated and highly improbable satanic rituals. The Registry lists 51 child sex abuse hysteria exonerees, 21 women and 30 men; all were convicted of crimes that never happened. They make up 0.2% of exonerations of men, but 28% of exonerations of women. Another period of mass hysteria involved the now discredited “Shaken Baby Syndrome” or SBS (now called “Abusive Head Trauma”). In almost all, the exonerees were convicted on violent shaking of infants, which can allegedly produce immediate and extreme neurological damage or death without external or skeletal injuries. It now appears that these deaths and injuries were caused by unrelated accidents or undiagnosed pathologies. As with the above case study, majority of those conviced were women—making up two-thirds of the SBS exonerees. Hopefully, thanks in part to the advancement of forensics and non-profits like The Innonence Project, there has been an increase in the overturn of false convictions. Unfortunately, the law is not perfect and there are still many innocent individuals behind bars for horrendous, unspeakable crimes they did not come.